When it comes to mealtimes, my daughter is a dream eater. She always eats what is put in front of her. She likes to try new foods—even bitter salad greens such as radicchio and arugula. She’ll eat Mexican food, Ethiopian food, Vietnamese food, sushi. She’ll even eat my cooking. She doesn’t always like all of what she tries and when she doesn’t, she politely declines with a rehearsed phrase we taught her, “Thank you, but this isn’t to my liking.”

It was easy to have dinner as a family with a kid like that.

If I only had two kids, family dinners at my house would rival a 50’s sitcom. But I have three kids and my other son—Wagner’s identical twin—won’t eat bananas if they’re cut the wrong way. One day he’ll eat a bowl of peas; the next he refuses to touch them. Recently he has boycotted grapes because he has noticed that they all have little holes in them. It’s just the part of the grape that attaches to the vine, but try telling him that.

Michael is the kind of eater I was. Picky. If I had thought about it, I’m sure I would have eschewed fruit with stems. To this day I prefer to eat apples sliced rather than to bite into them. I hate to eat cold food or drink cold beverages. My early childhood memories of mealtimes are all about anxiety around eating.

My parents would plead with me to eat. They’d set the timer for twenty minutes. Then the timer would go off and I would cry. They’d reset the timer for another twenty minutes. I’d start to pick at my food and complain that it was too cold. They’d put it in the oven (this was eons before the invention of the kitchen microwave oven). They’d take it out and I’d complain that it was too hot. They’d put it in the refrigerator. I could get away with two, sometimes three full rounds of oven-too-hot-then-fridge-too-cold before my dad would yell at me, “Just eat it!”

And then I’d cry again.

I don’t ever remember being hungry, but I do remember eating toothpaste and pretending it was dessert.

So I have a soft spot for Michael and his pickiness. And I don’t want to bug him about eating and make a thing of it. But jeez, it sure does make the family dinner thing a pain. 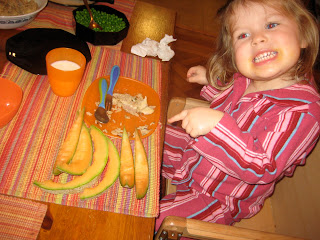 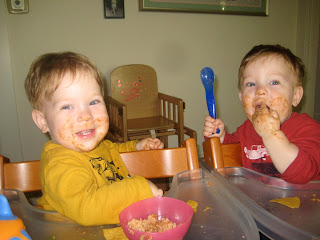